Chinese manufacturer Xiaomi is not going to forget about their frameless   smartphones, that's why Xiaomi Mi Mix 4, which is the successor of the successful Mi Mix 3, will soon be in the arena. The upcoming flagship has just appeared on the mysterious graphics.

The Mi Mix series allowed the Chinese producer to experiment with the width of the frames around the matrix, which are supposed to disappear completely – it is not such a simple task, because in achieving full framelessness a number of factors interferes. The biggest of them is a selfie camera, which the producers try to implement in indentations, holes, sliding trays and sliders. Neither of these methods can be called perfect, but we consider the sliding housings and the sliding camera from the top to be the least invasive. Following the history of the Xiaomi Mi Mix series, we can see changes from generation to generation, starting with the first two flagships with a characteristically inverted camera, and ending with an elegant Xiaomi Mi Mix 3 with a durable slider. 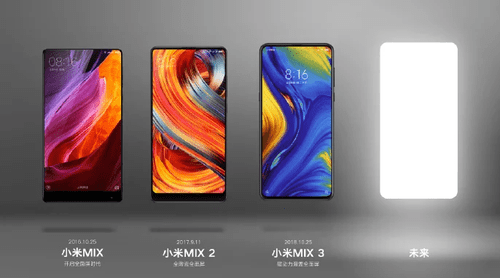 Another link appeared in the latest Xiaomi ad that directly suggests the arrival of the Xiaomi Mi Mix 4 . The new flagship may debut earlier than its predecessors, who usually appeared on the market in autumn.

There are several assumptions about the mysterious smartphone, and one of them assumes that we are dealing with the Xiaomi Mi Mix 3s variant. However, considering the manufacturer's naming strategy and the appearance of the Mi Mix 3 5G version, it is difficult to expect Xiaomi to miss a chance to release a smartphone with the next number. Xiaomi Mi Mix 4 is to offer an even larger workspace , although this Mi Mix 3 managed in a phenomenal way – looking at the third-generation Mi Mix's front, it's hard to imagine even greater evolution. 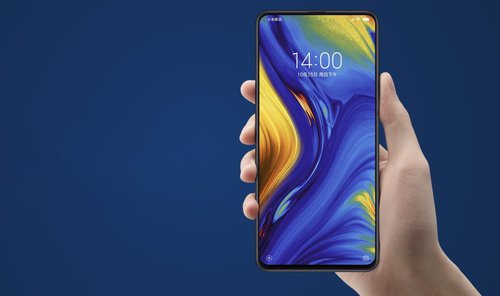 The basis of the flagship construction can again , though it does not have to become a slider, which eliminates problems with a selfie camera. The frames around the matrix will certainly be depleted to a still narrower level, because the Mi Mix 3 screen was not streaked with any type of indentation, and still it occupied "only" 85% of the surface. The changes in the specifications, which mainly include the replacement of the central unit, seem more obvious. The basis of the Mi Mix 4 operation will be the 8-core Snapdragon 855 processor supported by 6 or 8 GB of RAM. Other reports also point to the embedding of the fingerprint reader inside the screen and the Mi Mix 4 equipment in a triple main camera , including a lens with periscope characteristics. There are many ideas for the appearance of the flagship, which is why I would like to listen to your ideas in the comments. To add a bit of spice, the translated text under the smartphone is supposed to be "the future."