Samsung Galaxy A70 officially. It’s big, efficient and has a triple camera

The Samsung Galaxy A70 made its debut earlier than we thought, but it's just a reason for joy – the average man received a tempting specification with a large display, a nice battery and a triple camera. Will this sales hit you?

Samsung surprises and quickly implements the Galaxy A70 , ie another smartphone from the growing Galaxy A series. The manufacturer did not reveal the price, which will get to know only on April 10 at a special event. It's time to look at the specifications and the greatest strengths of the Samsung Galaxy A70.


Galaxy A70 is a big and powerful smartphone

The screen of the smartphone is an Infinity-U type with a diagonal length of 6.7-inch, which automatically places it among the largest Samsung phones. The panel was made in Super AMOLED technology and its resolution is Full HD + (2400 × 1080 pixels). Inside, there was a windfall in the form of a built-in fingerprint reader. The almost seven-inch display sounds terrible, but due to the extended aspect ratio of 20: 9, the housing width is 76.7 mm – that's only a tad more than the Galaxy Note 9 dimension. 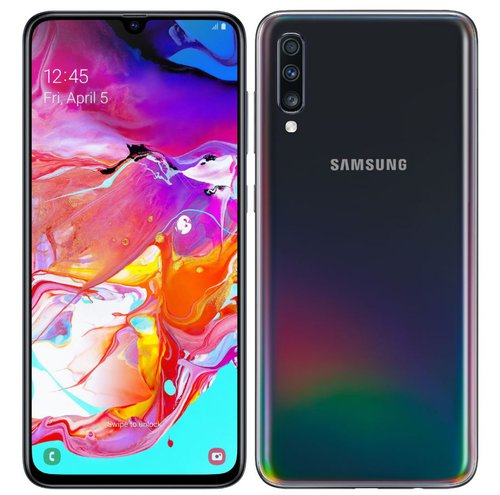 The upper part of the matrix has an indentation for an impressive 32 MP selfie camera, while on the back panel with a glossy finish, the triple main camera in configuration:

The Galaxy A70 is powered by a powerful Snapdragon 675 processor, which rightly gains popularity as the successor of Snapdragon 660. The unit does not lack performance, and all this thanks to the use of eight cores with a maximum clocking up to 2 GHz. The whole supports about 6 to 8 GB of RAM and 128 GB of space for files. The middle-aged man operates a 4500 mAh battery and works under the control of the latest Android 9 Pie with the One UI overlay. The board has a 3.5mm jack connector, USB type C, 4G VoLTE, Wi-Fi 802.11 ac and Bluetooth 5. 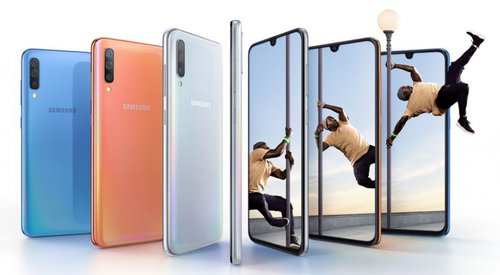 How much does the Galaxy A70 cost?

I mentioned that we do not know the official price of the new average, but the Russian Galaxy A70 appeared in the network – it is 29 990 rubles, or about 1775 PLN . The exact value will be known on April 10, and perhaps even earlier.