Huawei P30 Pro has the best camera in the world! This is the new leader in the DxOMark ranking

Huawei P30 Pro flagship just showed up at the official premiere, and has already been announced the best photosmartphone in the world in the DxOMark ranking. The quadruple lens received a higher rating than the previous Huawei and Samsung Galaxy S10 + models. Wow!

Huawei P30 Pro is currently the best phone in the Chinese manufacturer's offer, and its greatest asset is the camera consisting of four lenses (Leica Quad Camera). The configuration of individual cameras is as follows:

The manufacturer has not forgotten about the support of artificial intelligence and great optical capabilities, such as the 10x hybrid zoom , which revealed during the presentation effects are phenomenal. 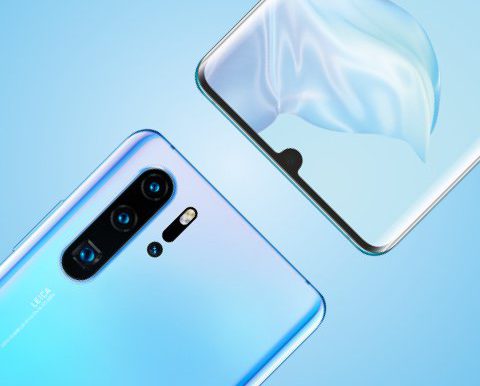 The board also features a SuperSpectrum sensor with very high sensitivity (ISO up to 409600) and a Dual-View Video function that allows you to record video with two cameras at a time. The whole is complemented by a ToF sensor that allows you to create a very accurate, three-dimensional map of the frame. Thanks to this, the smartphone can perfectly recognize the depth and create 3D models from the objects seen.

Quadruple camera has already been tested by the well-known DxOMark website, which runs the most popular photographic ranking on phones. Huawei P30 Pro reached a total of 112 points in it, which makes it the best photosmartphone on the market. The classification puts him above Huawei Mate 20 Pro and P20 Pro, but also over the Samsung Galaxy S10 +. The difference in each case is 3 points, which is a lot, taking into account the tight headings.

The result for the camera itself is 119 points, or the best in history, while recording movies allowed to get 97 points, or two points less than the highest rated Xiaomi Mi 9. The P30 Pro selfie camera has an impressive 32 MP, which was rated on 89 points – more than the Huawei Mate 20 Pro, while less than the Samsung Galaxy S10 +, Galaxy Note 9 and Pixel 3. What was appreciated in the Huawei P30 Pro camera? First of all, great shots with an approximate frame and their detail, great brightness of photos even in terrible lighting conditions, fast focus measurement and details captured during shooting with a bokeh effect.

Plus also recorded the quality of night photos and photos using the LED. On the downside, the wrong colors are included in the sky, few artifacts, and limited tonal range.


Everything about the Huawei P30 Pro: