Motorola One Vision – we know almost everything! She has potential for a middle-class queen

Motorola One Vision has revealed almost all the details about yourself – we know its exact appearance and specification, which indicates a very reliable medium-sized smartphone. It will be a real rival for Xiaomi, Samsung and Huawei.

Motorola is undergoing many internal changes that we can observe following the shape of the last smartphone manufacturer – it is primarily a different visual strategy, but also an improving specification. Until recent successes of Motorola, we can include even good models from the Moto G7 series, and it looks like soon the Motorola One Vision will join the peloton and the Moto Z4 Play shimmers on the horizon. Today we will deal with the first one.


Screen with a hole and 48 MP camera

Motorola One Vision will receive a 6.2-inch Full HD + display (2520 × 1080) at a ratio of 21: 9, which can be considered as the inspiration of the latest Sony smartphones, which initiated the cinema screen format trend. In addition to the display adapted to watching movies, the Motorola One Vision screen will have the presence of a familiar hole, inside which a self-portrait camera will find its place. To avoid excessive comparisons to Samsung phones, the manufacturer will place a notch on the left. The medium will be able to show off the glossy finish of the back panel on which the fingerprint reader will be placed and a dual camera with the main unit with a resolution of 48 MP and a support eye , probably for measuring depth.

The 48 MP dithers have been very popular lately, but in many cases manufacturers are opting for Quad Bayer sensors that combine four adjacent pixels into a 12 MP final image. Exactly the same will be the case with Motorola One Vision.

Until now, the Motorola One Vision specification has only been positive, so will it be the weaker performance? It turns out not to be enough, because the medium will be driven by the Exynos 9610 processor, i.e. an eight-unit unit made in the 10 nm process. 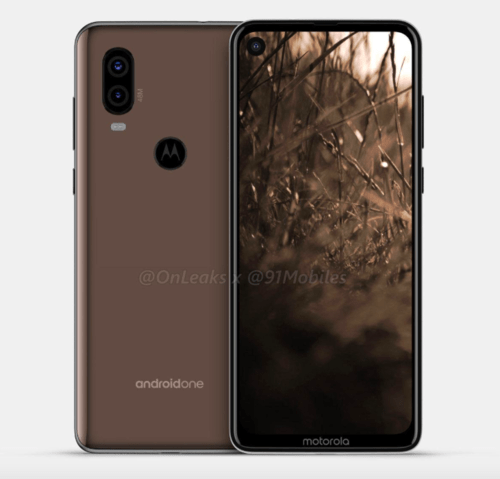 The chipset has slightly lower power than the Snapdragon 660, but with support of 3, 4 or even 6 GB of RAM, it will not have smooth running problems . For the user, there will be between 32 and 128 GB of space for personal files. The Android 9 Pie system, which is part of the Android One program, will be extremely helpful in the speed of the processor and memory . Motorola has once again decided to join it, so the smartphone will be able to count on three-year security patches and full system updates for two years. The capacity of the medium cell was also confirmed, which was initially estimated at 3500 mAh. This is not the largest battery in Motorola's portfolio, but thanks to the optimization and energy-saving nature of the processor, the working time can be quite good. The icing on the cake of solid components will be a USB C-type port and a dedicated headphone connector. The release date of Motorola One Vision is not yet officially known, but one of the suggestions is to put on the smartphone smartphone on April 3.


Other information about Moto One Vision: