Snapdragon 855 vs. Exynos 9820! One of the Galaxy S10 processors is more efficient in testing

Samsung Galaxy S10 is a flagship smartphone that comes in two variants with different models of processors – depending on the part of the world it is Snapdragon 855 or Exynos 9820. In Europe we find only the second one, which makes some people feel aggrieved. Are there any grounds for it?

Although even two months have passed since the premiere of the Samsung Galaxy S10, new results, comparisons and tests of the hot smartphone are still appearing in the media. One of the most interesting of these is the combination of the model processors – Exynosa 9820 and Snapdragon 855. Samsung is known for distributing chipsets to individual world markets, but only one part can fully enjoy its assignment. All because so far you could see minor differences in speed – more specifically, the original Exynos models did not match the competitors from Qualcomm. 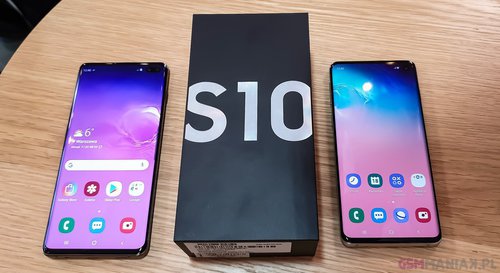 Now the time has come to investigate the chipsets enclosed in Galaxy S10 glass cases. Both are made in a newer lithographic process, they are energy-saving and extremely fast. PhoneArena decided to test them and check the differences.


Performance in AnTuTu and Geekbench

At the beginning, two copies of the Galaxy S10 were subjected to the AnTuTu test, in which the specimen operating with Snapdragon 855 won without a surprise:

The difference of almost 30,000 points is quite a serious matter, but it seems that the Snapdragon 855 just manages the memory better – in the Geekbench test, which tests the performance of only the processor, the original Samsung model showed the claw:

The results coincide with pre-premiere performance and still give reason to be happy with Exynos. But I have to worry you, because although the European Galaxy S10 "squeezes" much more power from a single core, the chipset is built of eight cooperating units that uses the Qualcomm processor better.


Which processor is more efficient?

In the test of GFXbench application, which consisted in checking the performance in games , Exynos 9820 proved more efficient, which in two cases scored more frames per second than its rival – in one situation the difference in favor of Samsung was 18 frames. 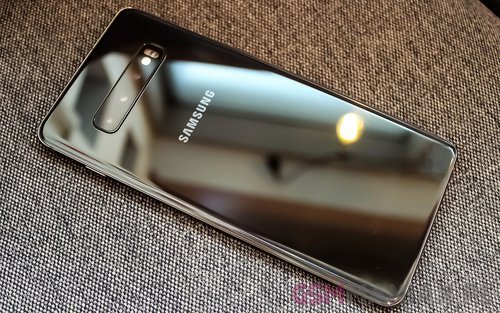 The service has also tried to test battery life , which is the crowning of all competition. Recall that Snapdragon 855 was made in a slightly better, 7-nanometer process, while Exynos 9820 can boast of 8 nm lithography. In tests this has been reflected, because the copy with the Qualcomm processor has reached 6 hours and 45 minutes of work in one cycle , which is 45 min more than the opponent. In conclusion, Samsung has managed to improve the power of the single core and fluidity in games, but in terms of overall efficiency and reduced energy consumption Exynos 9820 still needs to give way to Snapdragon 855 . I will add to the consolation that the differences are small and concern only the numbers in the tests, and not everyday use – there is no trouble.