Xiaomi at the top of the form – when the competitors are weak, the Chinese beat their own records!

Stagnation on the smartphone market? Xiaomi is not applicable. The company has just praised the financial results for 2018, which clearly shows that the Chinese have accelerated enough that it will be difficult to stop them.

While the largest players on the mobile market that have been showing their presence for years, with Samsung and Apple at the forefront, are struggling to cope with the significant slowdown in the smartphone segment, Chinese manufacturers are pushing their elbows as hard as they can. Huawei has already managed to jump Apple in the list of the largest manufacturers of mobile devices, and on the right track to repeat it, is Xiaomi. The company, under the leadership of Lea Juna, has just published the latest financial report summarizing the whole of 2018, in which a lot has happened. A lot of good. 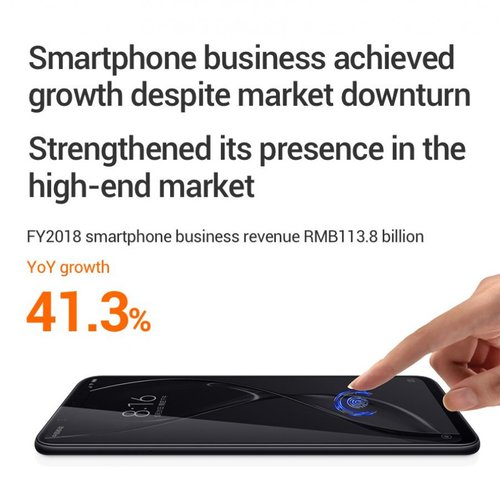 Xiaomi has seen increases in virtually every segment of its operations, which confirms an increase of as much as 52.5% in terms of full-year revenues – it was 174.9 billion yuan, or USD 26.06 billion. Foreign revenue increased by as much as 118% in relation to 2017 and it currently amounts to 40% of the total. About 17 billion of generated revenue comes from the sale of smartphones , which in turn represents an increase by 41.3% over the previous year! This is an unlikely result, which consists of increased company activity on new markets (including Polish), but also a dominant position in India. There, Xiaomi has a 30% interest. It is worth mentioning that in Western Europe, the increase in sales in 2018 was … 415.2%. Wow. The company performs well in the field of IoT (Internet of Things) and Internet services, where the company has also recorded over 50-percent increases. The situation on the home appliance market also looks good, on which Xiaomi operates more and more actively, offering a diverse product portfolio and funding it through the YouPin crowdfunding service. 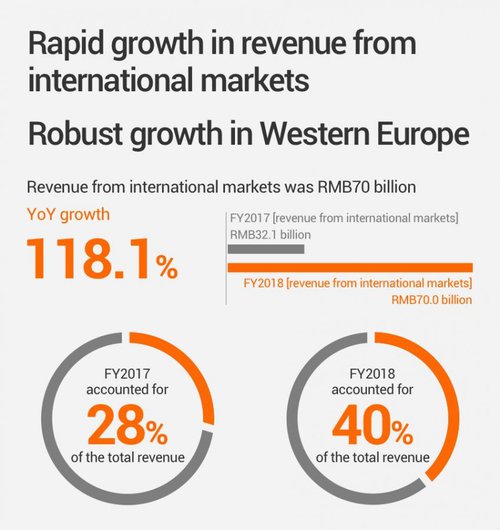 Importantly, Lei Jun and the company intend to continue to mark their presence in new markets by creating fixed points of sale – we can expect that in the next months we will see debuts of new stores in popular shopping centers, which will especially affect for brand recognition. And nothing indicates that Xiaomi would suddenly slow down and slow down further expansion – the Chinese are growing from month to month and conquering more markets, and yet before them long-prepared entrance to the US. We are preparing really good years for Xiaomi and it can be seen how on the spot that the company – by the power of momentum, but also by good decisions – is becoming a bigger player on this extremely absorptive mobile market. source