Huawei P30 and Huawei P30 Pro in all its glory. Huawei has created beautiful smartphones!

Huawei P30 and Huawei P30 Pro showed on the official promotional graphics, revealing the exact appearance and phenomenal color variants. These will be not only one of the most beautiful smartphones on the market, but also very strong flagships. We know their prices and specifications.

Already on March 26, the headlines of technology services will be consistent on one topic – Huawei managed to create beautiful smartphones. Exactly then will premiere Huawei P30 and Huawei P30 Pro , or flagship Chinese artist for the coming months. It is difficult to talk about a revolution in their case, whereas evolution is the most appropriate word . The P30 series will combine the achievements of last year's P20 and Mate 20, focusing mainly on photographic possibilities. The network has just appeared a group of promotional materials from the official source, including accurate graphics showing both smartphones in all its glory . Let's look at them because it's what.

Starting from the more expensive model, the Huawei P30 Pro introduces itself as a brilliant photographic smartphone and challenger to the first place in the DxOMark ranking, which was not conquered by the previous Huawei flagship. The biggest advantage of the model is the 10x hybrid zoom, which was awarded on the dedicated banner. The quadruple main apparatus and the system known from previous reports were confirmed. 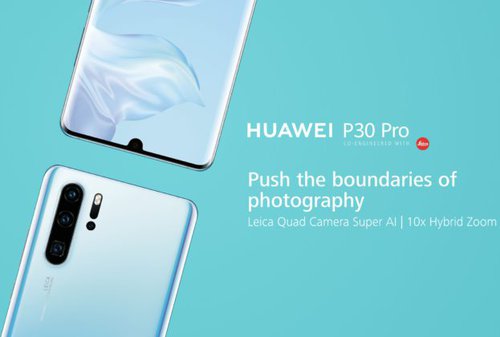 The smartphone will be offered in at least four color variants, including the characteristic red one, about which you can read more in our separate entry. I like the blue version the most, but I admit – they all look phenomenal. By the way, alternative pre-sale gifts were revealed, which in the case of the Huawei P30 Pro are to be a loudspeaker and an induction charger. We managed to get to know Polish bonuses much earlier, and all the details you will learn from Damian's text. In addition to the four cameras eye wide-angle peryskopowym lens and the master unit with an impressive resolution of 40 MP, smartphone offer great technical specification based on The top chip Kirin 980 of 8 GB of RAM and a battery of 4200 mAh with charging wireless and rapid refilling (40W) through the cable. Huawei P30 Pro will also receive a 6.47-inch OLED display with a built-in biometric sensor, bent edges and Full HD + resolution. It will be done by Samsung, which can bring much better quality of the panel and lack of post-release problems.


Huawei P30 with an attractive offer

Huawei P30 will be a cheaper model from the flagship duo, but it's hard to deny him solid assets – flat screen with a diagonal of 6.1-inches with a built-in fingerprint reader, triple camera and a powerful processor Kirin 980 are just a few of them. 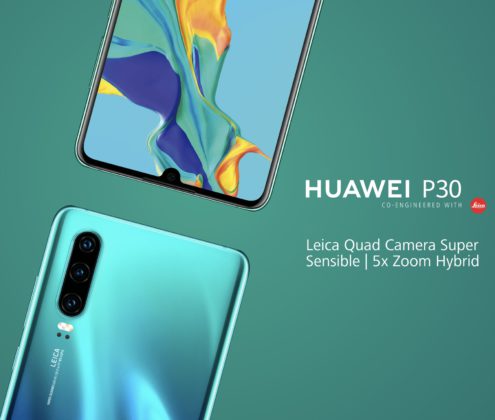 The smartphone will also be able to boast a 5x hybrid approximation, the same as offered by the Huawei P20 Pro. His camera will, however, be deprived of optical image stabilization, although the main unit will offer a solid 40 MP. The usual Huawei P30 is equipped with a headphone connector and a minimum of 6 GB of RAM and 128 GB of file space.


How much will the Huawei P30 cost?

The network already has European prices of both models, which confirmed the Italian branch of the Amazon. To learn about the start values of Huawei P30 and Huawei P30 Pro, I encourage you to visit the following entry: https://www.gsmmaniak.pl/978140/huawei-p30-huawei-p30-pro-ceny-w-europie/