But the pace: Xiaomi Redmi 7 already in Poland, the price revealed! Is it worth buying?

Xiaomi in Poland is once again surprising! This time it is not a price, but the pace of introducing the new Redmi 7, which has just appeared in the offer of one of the Polish stores. The price of Redmi 7 would be extremely tempting, if not … Redmi Note 7.

Redmi 7 was presented by Xiaomi literally yesterday, ie 18 March, in addition to far from our perspective China. Usually, for the appearance of such a smartphone in Poland we had to wait a good few weeks, and sometimes even a few months. That's why I was very surprised when I noticed Redmi 7 today in one of the Polish stores !

Xiaomi Redmi 7 appeared in the offer of the online store x-kom , so far only in the black version and the variant with 3 GB RAM and 32 GB of memory. The store allows you to place an order, but the product will be available soon .

The price of Redmi 7 in Poland has been set at PLN 699 . Generally, this is a very reasonable amount for equipment with such parameters (about which in a moment), however Redmi 7 has a problem in the form of … Redmi Note 7, whose price for (still not available in Poland) variant 3/32 GB is higher only by one, and to the 4/64 GB version, you have to pay two hundred . Probably everything would look different, if the Redmi 7 was as compact as the predecessor, because after a significant magnification of the screen better suits the name Redmi Note 7A.

Redmi 7 got a display with a diagonal of 6.26 inches , so compared to Redmi 6 it grew by 0.8 inches. This increased the dimensions, which makes the new model a centimeter higher than its predecessor, and by three millimeters wider. Meanwhile, the resolution only increased a bit and is 1520 × 720 (instead of 1440×720), so the sharpness of the displayed image will be at most acceptable. It is a pity that Xiaomi did not bet on Full HD or was not on the smaller screen. 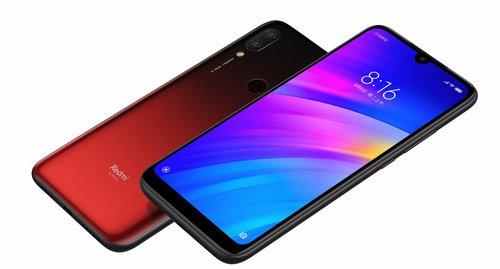 In terms of performance, Redmi 7 got a Qualcomm Snapdragon 632 processor with the Adreno 506 graphics chip. The CPU power is just a bit out of Snapdragon 636, but the graphics performance is quite bright Snapdragon 625. On the Redmi 7 rear panel a dual camera in the 12 MP + 2 MP configuration was placed. The main unit was based on a 1 / 2.9 "sensor (as in Xiaomi Mi 6) and has f / 2.0 light and 1.25 μm pixels. For the selfie fans, the 8 MP camera was prepared. 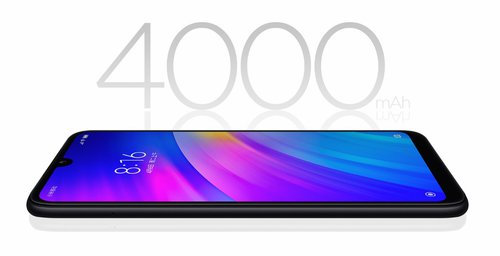 The icing on the cake Redmi 7 equipment is a battery with a capacity of 4000 mAh , which in combination with a low-resolution screen and processor made in 14nm should guarantee a good working time on a single charge.


Looking at the Redmi 7 specification, I think it is a well priced smartphone to start, but only a bit more expensive Redmi Note 7 is a much better choice

You could say that Xiaomi's competition pricing sometimes hurts itself;)