Samsung Galaxy S9 and Galaxy S9 +: the new update improves their cameras, and this is not the end!

Samsung has started sharing a new update for the Galaxy S9 and Galaxy S9 +. It introduces not only the latest security patches, but also enhances the camera of last year's Samsung flagships, adding a new feature and improving operation.

The list of changes consists of several points, and special attention is given to the camera. Samsung decided to transfer to the Galaxy S9 and Galaxy S9 + features introduced in this year's flagship, which allows you to manually change the field of view of the selfie camera from 80 degrees to 68 degrees . What does it give? 80 degrees is quite a lot for a selfie camera, thanks to which it is easy to capture a group of people on self-jets. People who like to take self-portraits by themselves are a little worse. Samsung gave the opportunity to reduce the field of view, so that a single person would be better exposed in the picture. 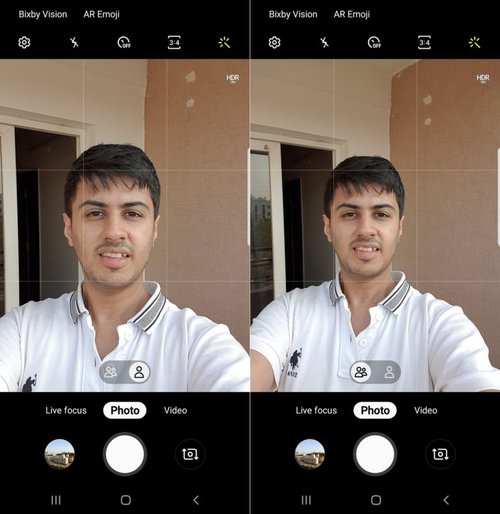 Koreans also improved the camera's application , so switching between different modes and cameras should be more efficient. Samsung has also improved the operation of Wi-Fi networks and made minor corrections in the Contacts, News and Video Editor applications. A similar update should appear in Poland later this month, and in the future will go to the Galaxy Note 9, but it is not known when exactly.


It's time for night mode

I am glad that Samsung enriches its annual flagship with new features (even trifles), and regularly provides them with the latest security patches. However, since A has been said, it has to be said B , so now the producer should make them available to the night mode from Galaxy S10.