No unnecessary applause, no big event – Apple presented new iPad models: Air and Mini 5. These are interesting models that will surely interest everyone aiming at lower price points, at least as per the Cupertino group standards.

Today's announcement of new iPads is a preview … rather not in the style of Apple. Without unnecessary pathos, without a great event, without the repeated word "amazing" repeatedly. The new items just appeared on the Apple Store and we know everything we need to know about them.

The cheaper of the new devices is of course iPad mini 2019 , so the "budget proposal" of the giant from Cupertino. This is a model with a strong old-school design, with wide frames surrounding the screen and a construction reminiscent of the tablets of this group from before a good few years. The display used in this model has a diagonal of 7.9 inches and displays the image at a resolution of 2048×1536 pixels, which is unusual for the whole industry, and typical for Apple. As the manufacturer assures, in this model we can count on the panel's 500 rivets, which is an increase of 25% compared to the previous model using True Tone technology. 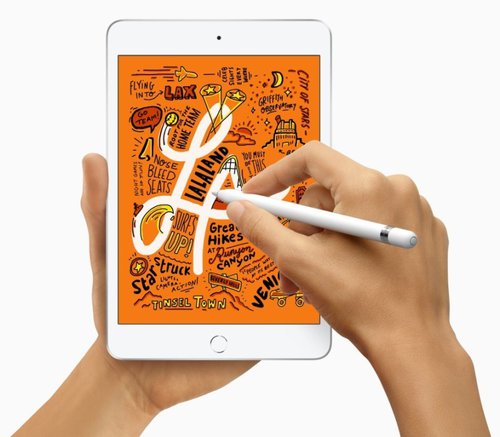 The tablet is powered by the Apple A12 Bionic processor , i.e. the one that is on board the company's top smartphones, like the iPhone XS or XS Max. In the case of data space, we can count on two variants – 64 or 256 GB. Of course, Apple in an inexpensive way encourages the purchase of a more roomy version, because the obvious conclusion is that the best choice would be a non-existent model, and therefore with a memory size of 128 GB. On board the newest iPad Mini we have Touch ID technology , and therefore a fingerprint reader built into the main button, as well as speakers working in stereo mode. Completely decent are also cameras – the main, with a resolution of 8 MP and the f / 2.4 aperture offers autofocus and automatic image stabilization and allows you to record video in FullHD and slow motion up to 120 frames / s. The front selfie camera, in turn, is a 7-megapixel unit with f / 2.2 light. 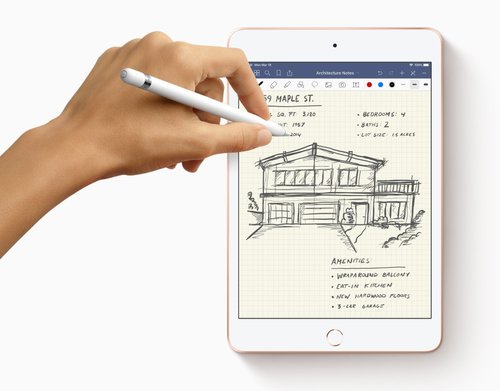 In terms of connectivity, we can count on a two-band Wi-Fi module (802.11a / b / g / n / ac) with MIMO technology and Bluetooth version 5.0. Of course, we can also decide on a model with 4G connectivity. We also have a 3.5 mm headphone connector (yes, that's right!) And a 19.1 Wh battery. Not much, but as far as the optimization of battery life is concerned, Apple probably can do it traditionally. There is also no support for the Apple Pencil stylus, and the tablet will debut in three color versions: silver, gold and stellar gray.

Very classic looks also iPad Air , which sticks perfectly to the middle of the rate between the oldest, available in the basic iPad offer from 2018 and the most expensive iPad Pro. This is a great return to the tablet portfolio of the giant from Cupertino, but it is not a special breakthrough equipment. We are dealing with a model with a 10.5-inch screen resolution of 2224×1668 pixels, also using True Tone technology and offering brightness of 500 nit. The tablet offers the same processor and photographic possibilities as the previously mentioned iPad mini 2019, as well as variants of internal memory and communication modules. 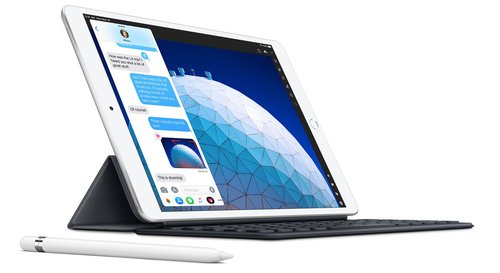 The battery capacity is significantly different, which is obvious due to the much larger size of this equipment compared to the "mini" model. We have a 30.2 Wh link here , which, however, is not supposed to offer a fantastic working time – according to Apple's assumptions, it will be 10 hours of work without having to reach for the charger. In this aspect, however, I would expect something more. Attention is drawn to the support for Apple Smart Keyboard – the only problem is the price, because Apple accessory sings for itself, a trifle, 749 zlotys. The wallet is crying, and it's tears. 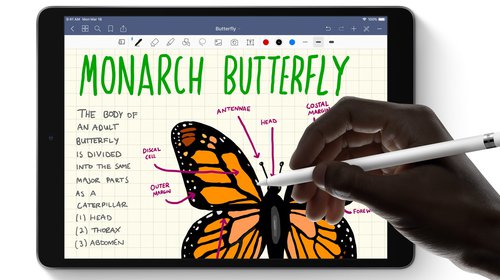 A quick review of the Polish prices of these models also makes you think, and certainly tells you to take into account the variant in which the credit card says "Do not buy". What can I say – it is not cheap. The basic version of the iPad mini 2019 with 64 GB memory and the Wi-Fi module is an expenditure of 1899 PLN . Really a lot considering the fact that – yes – it is a fast beast, but rather not very different from the crowd. Obviously, it is only worse, of course, because the prices of the other variants are as follows: 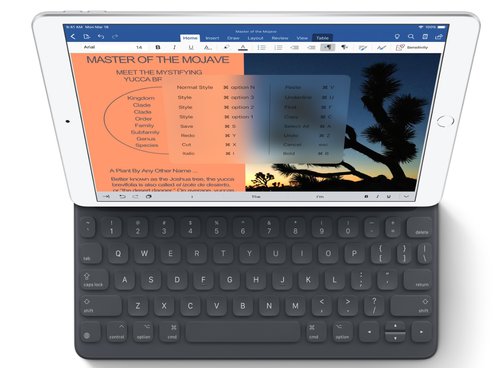 Especially when looking at the valuation of the last variant, you get the impression that someone at the Apple headquarters heavily overwhelmed with filling tables in Excel. It's no better with iPad Air:

Expensive? Sure, but who is surprised, in the end it's Apple. The new models will surely find their group of amateurs, but will it be big enough to satisfy the expectations of the giant from Cupertino? Well – I have little doubts. Tablets are currently in pre-sale, and will be handed over to customers at the beginning of April. source