AirPods from Xiaomi, only 10 times cheaper. The Redmi AirDots ‘puffs’ are on the market

Xiaomi once again shows that what costs hundreds of dollars at the competition, in their performance can cost up to several times less. The latest example is Redmi AirDots, which clearly mimic the capabilities of Apple AirPods.

Let's give the emperor what is imperial – Apple as the first manufacturer on the market put on a tiny, fully wireless fleas, which became a commodity very desirable among fans of devices with the logo of a bitten apple. AirPods headsets were, however, a source of much controversy – their loss was very simple, but also hellishly expensive – 799 zlotys for a pair of headphones with a total weight of 8 grams is probably the amount that seems to be very much exaggerated. Then Xiaomi enters into action, which in November 2018 releases Mi AirDots for sale – in terms of design, they are practically no different from the solution offered by the Cupertino giant, and they were also short of sound quality served by AirPods. The difference was made by the price – 29 bucks, which is less than 120 zlotys is after 1/7 of the amount you have to spend on the Apple set . In the meantime, there is an improved version of these headphones, or AirDots Pro, costing about 220 zlotys, but now Xiaomi assumes the final offensive. 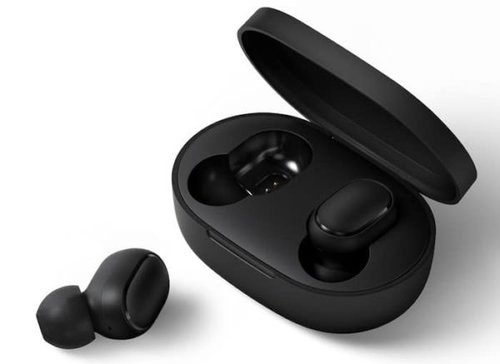 The stores will soon find the cheapest of the flea, whose price is only 99.9 yuan, or just 15 dollars, which translates into an amount around 60 zlotys . At this price, we get very economical in their expression headphones – each of them weighs only 4.1 grams and they have been equipped with 40 mAh batteries, which is enough for 4 hours of work . Of course, this time can be extended significantly using the attached case equipped with a 300 mAh cell, which gives an additional 12 hours of operation. Headphones offer connectivity via Bluetooth 5.0, and their support is incredibly simple – just one tap to stop or resume music playback, and two touches allow you to use the capabilities of the Xiaomi Xiao AI voice assistant, although probably not many of us will be able to handle it . The fact is, however, undeniable – as it pleases, it is possible and Xiaomi once again shows that in reducing costs and exposing competitive prices of products is absolutely irreplaceable . Keep it up. source