Motorola Moto Z3 Play is one of the most interesting mid-range smartphones that have appeared on the Polish market in recent months. All the more so it is worth being interested in the latest promotion in the Amazon store, under which we can get this smartphone much cheaper, getting a free delivery and very interesting freebies.

Moto Z3 Play is undoubtedly one of the most expensive representatives of the middle shelf – despite the passage of several months since its launch, which took place in the summer of 2018, the smartphone still holds a high price, which varies from 1600 to even 2000 PLN . It is quite an excessive price, but it can not be hidden that we are dealing with a very successful equipment, which, moreover, is confirmed by Paweł's review. He stated that:


Moto Z3 Play is a smartphone worth recommending and buying, and the price, despite the fact that it is a bit high, is adequate to the possibilities offered.

All the more so it is worth taking interest in this model, having in perspective a price lower by several hundred zlotys thanks to the promotion, which took off in the German branch of the Amazon .


Moto Z3 Play with great additions at a sensational price! 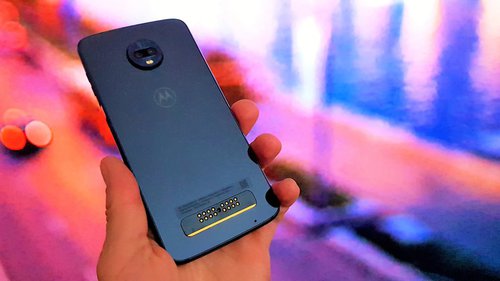 As part of the Moto Z3 Play promotion, we can get cheaper by as much as several hundred zlotys – as the price is, after equalizing the Polish VAT rate, 257.37 euros, that is about 1106 zlotys. Thus, we can get as much as PLN 500-600 from the Polish valuation of this model, which is a really good opportunity for this successful model. But this is not the end of good news – the smartphone will be sent to us completely free and should arrive within 3-4 business days, which is definitely a shorter waiting time compared to devices sent from China. The icing on the cake are two very attractive freebies. The Moto Z3 Play comes with an additional Moto Style Shell casing as well as the Moto Power Pack, an additional 2200 mAh battery that significantly extends battery life. It is worth mentioning that for Moto Power Pack in Poland we have to pay PLN 299, and the purchase of Moto Style Shell costs from several dozen to even PLN 150. Ultimately, therefore, we will pay half of this amount for a set of worth in Poland, even 2100-2200 zlotys – which is a lot to say: it is simply a very advantageous promotion .