This is almost certain: Nokia 8.1 Plus will receive a hole in the screen! Is this a step forward?

Nokia follows current trends and will soon introduce another medium-sized smartphone – Nokia 8.1 Plus will be the first model with a selfie camera hole. Is this a good direction for HMD Global?

About Nokia 8.1 Plus was already loud at the beginning of the year, and its premiere was foreseen at MWC 2019 in Barcelona, where eventually only the flagship Nokia 9 PureView appeared.


Nokia comes in with a hole

Nokia 8.1 Plus is still waiting for its presentation, but the network has already provided accurate information about its design. In accordance with them, the smartphone will receive a display with a hole in which you will find a selfie camera. 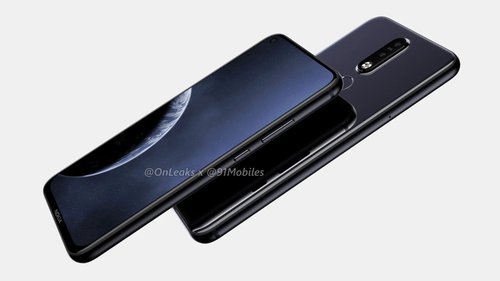 The characteristic "dotch" is to replace the indentation in the classic dimension, and its appearance can be explained with shame due to the indentation of the previous Nokia 8.1, which cleverly masked the notch with a dark wallpaper. HMD Global can also plan to take advantage of the popularity of Galaxy S10 smartphones. The appearance of the smartphone was confirmed by one of the accessory manufacturers, who in the graphic of his case placed a display with a round opening and other elements that agree with previous reports. According to them, the middleware will receive both a headphone and USB type C connectors, and additionally a round fingerprint reader will be placed on the board under the twin ZEISS optics camera . The lenses will protrude beyond the structure and will raise the thickness of the device to 9.5 mm. The standard thickness of the smartphone will, however, be 7.9 mm, which is very good.


The specification has several secrets

The housing dimensions of 156.9 × 76.2 mm will also include a 6.22-inch Full HD + display with unknown proportions. In comparison to the previous one, the panel will grow by only 0.4-inch. We do not know much about the specification of the device itself, while among the components you should look for the Snapdragon 675 or 710 processor, minimum 4 GB of RAM and a clean Android system, which will ensure even smoother operation. 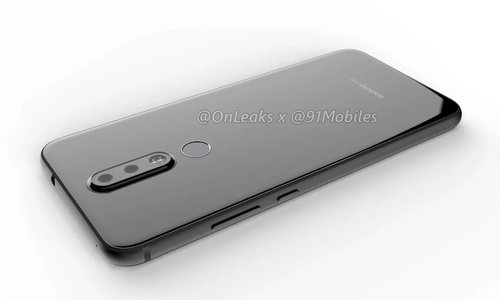 Many manieKów certainly would like a battery with a solid capacity , but at the moment we can not promise – the previous one received a link of 3500 mAh. The price of the device is also in secret, but it is hard not to mention the significant HMD Global increases. Nokia's smartphones are becoming more expensive and offering only medium-specification, they can cost up to PLN 2,000. The price of Nokia 8.1 Plus may look similarly.


What do you think about the look of the latest Nokia? Dziurki is a good way for the Finns?

More about the appearance of Nokia 8.1 Plus: