The shade of red in the latest BlackBerry KEY2 seems a bit darker (more intense at the same time) than the one we know from the KEY2 LE model. What is most important is not only the frame of the body, but also the front panel, including the space between the black keys of the keyboard . Side buttons, camera finishes and other accents are in traditional colors, just like the gripping rear panel. And although this is just a new version of the color, the BlackBerry KEY2 should arouse interest again. 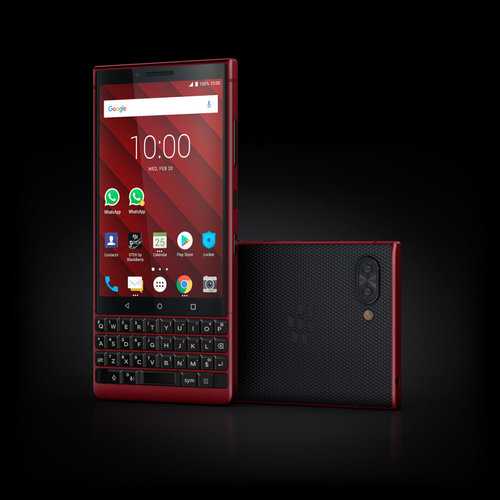 BlackBerry KEY2 Red Edition is still made of aluminum series 7 , making it a rather durable device. It also has a soft-touch material on the back that makes it much easier to hold and improves grip, unlike other glass back phones on the market today. BlackBerry KEY2 Red Edition is not exactly the same variant as the standard BlackBerry KEY2 presented last spring, because it now offers more memory for user data . From now on the smartphone is available globally with 6 GB of RAM and 128 GB of memory for data (instead of 64 GB), while the original KEY2 also had 128 GB of data space, but was only offered in several regions. 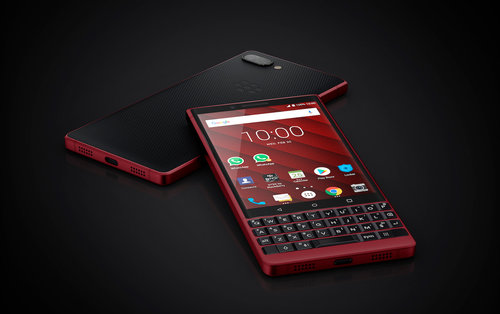 In terms of price and availability, TCL revealed that BlackBerry KEY2 Red Edition will be available on selected markets in North America, Europe and Asia. The suggested retail price on the European market has been set at 779 euros, which, after conversion, gives us approximately PLN 3380 . The pre-sale is accompanied by a special edition of red earphones with the BlackBerry logo matching the phone. BlackBerry KEY2 Red Edition can be pre-ordered all over Europe directly from the manufacturer. The BlackBerry KEY2 is a suitably efficient mid-range smartphone, because its heart is Qualcomm Snapdragon 660 , which in combination with 6 GB of RAM memory guarantees trouble-free use of the device. There will be no problems with working on two windows at the same time, or recalling applications from memory. https://www.gsmmaniak.pl/905640/blackberry-key2-test/ BlackBerry KEY2 also deserves attention in the set of two lenses on the back – the first sensor has 12 million pixels (1.28 micron pixels) and is characterized by F / 1.8 light, as well as Dual Pixel technology. In the case of an additional lens, the amount of MP is also 12, but this is a telephoto lens with brightness F / 2.6 (with phase detection). The equipment also includes the latest communication standards, a battery with adequate capacity, or the latest version of the operating system. It is, therefore, everything you can expect from a business smartphone. source