A few days with Moto Z3 Play. Does the new Motka delight at the first contact?

For a few days I have been testing the Moto Z3 Play intensely, and therefore the latest medium in Motorola's offer. I already have some insights about it – so it is worth sharing them with you.

Motorola Moto Z3 Play is a typical mid-range smartphone in terms of equipment, although it has some really interesting solutions, which are in vain to seek out from the competition. After a few days with this smartphone, can I recommend it to you ? You will find out after reading this short material.


Performance at the right level, and the system very pleasant

The relatively new Qualcomm SoC system for medium-priced equipment, namely the Snapdragon 636 , which has eight Kryo 260 cores up to 1.8 GHz as well as the Adreno 509 graphics chip, is responsible for the computing power. This is a powerful unit , which is 40% faster than the popular Snapdragon 630, and the graphics chip itself is characterized by an increase in performance by 10%, compared to Adreno 508. In addition, there is support from 4GB of RAM. This set does not give you reason to complain and performs very well, ensuring fast work of your smartphone at all times. In terms of speed, it matches the flagship devices. I do not feel the lack of computing power to run the application, or during the general use of the smartphone. There is no question of slowing down the interface, and the only thing you can find fault with is a slower loading of applications relative to flagship devices. However, it is a middle school, so such situations should not surprise anyone, right? 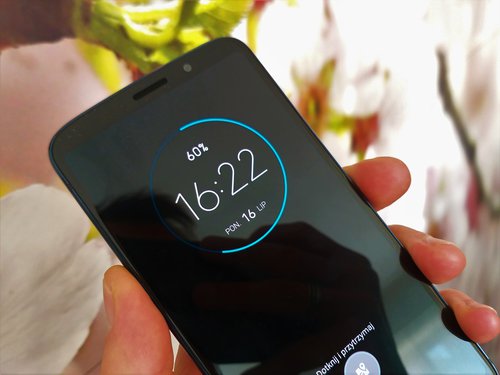 Motorola set for Android version 8.1 Oreo with the security level from April 2018. However, it is not completely clean, but it is very good information. The additions that Motorola offers in their devices are thoughtful and also useful. I appreciate the notifications on the blanked screen, which are displayed in a clear and pleasing way. The multifunctional clock widget is brilliant. It displays not only the current time, but also weather information, date, as well as the state of charge of the battery. The latter is in the form of a circle. There was also one-hand operation mode. There are also a few gestures, including:

In the case of the system, let me also mention a very nice solution, namely a multi-function button , which replaces the traditional navigation buttons and at the same time compensates for the lack of a biometric sensor under the screen. Moving it to the left reverses, right-clicks the last application window, pushes it to the home screen, and hold takes you to Google Now. It is a very convenient solution, and at the same time increases the working area of ​​the screen.


The screen has brilliant parameters and proportions 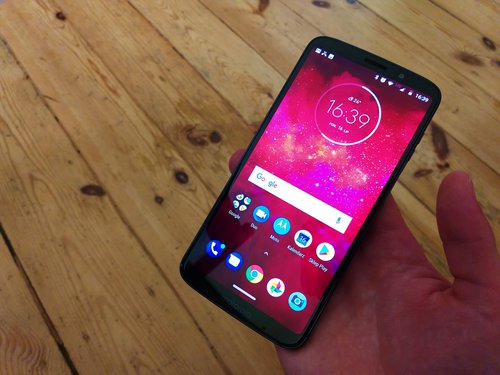 The smartphone is equipped with a 6.01 "display with an aspect ratio of 18: 9. The content is displayed in FullHD + resolution, ie 1080 x 2160 pixels, and the display itself is characterized by Super AMOLED technology and has been secured with one of the best glasses on the market (at least in my opinion), namely the third generation Corning Gorilla. The frames around the display are relatively narrow, and the most enjoyable is the lack of indentation in the screen, as well as the transfer of the biometric sensor to the right side. Staying still for a moment by the display, I am not afraid to say that it is simply … GENIAL . Not only does it have juicy colors and is one of the best calibrated – the color reproduction in the DCI P3 cinema palette reaches 100%, just as it does in sRGB, it still has great proportions. Although it is not just the merit of the screen itself, but how much the design of the smartphone.


It's great in your hand

Motorola has kept its word, which is why the Moto Z3 Play in terms of dimensions is not particularly different from the previous generation. Thanks to this, the smartphone is great in the hand and is very well used – even with one hand. In addition, it is able to handle all previously issued Moto Mods modules. 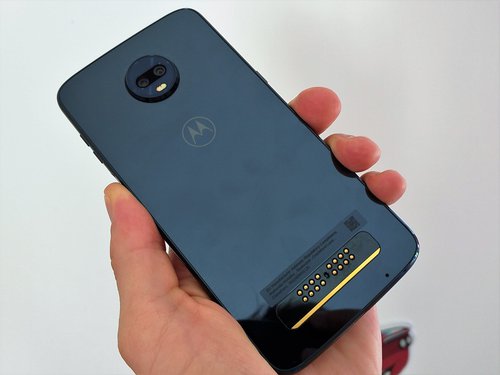 Moving the biometric sensor to the right part of the body is (in my opinion) a very good move from the manufacturer. It is used very comfortably, and the finger (indicating the left hand or the right thumb) puts itself on it. The reader is active, so just press your finger to unlock the smartphone. It is a pity, however, that it was not incorporated in the switch – this one was placed on the left side. However, it is very well perceptible by its invoice, and I have no objections to its placement. However, I have the impression that buttons dedicated to volume control are slightly too high.


The battery is enough for one day, but it is Moto Power Pack 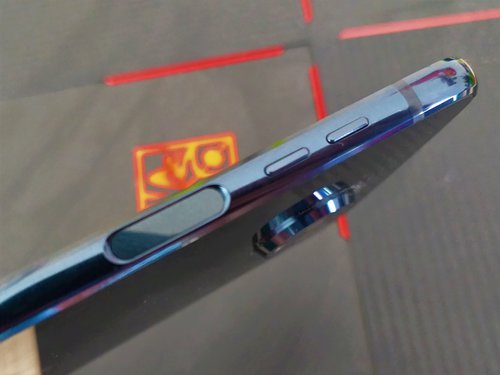 Since I remember, the batteries on Moto smartphones have never had an above-average capacity (with a few exceptions, such as the first Moto Z Play). And this is also the case with the Moto Z3 Play, because the manufacturer set up a 3000 mAh cell. In my use, I reach the charger on average every day , which I think is a standard result for smartphones. In this matter Moto Z3 Play is not brilliant, however, there is no tragedy. However, without much problem, you can extend the time to 1.5 days. However, there is something that makes Moto Z3 Play a great smartphone in terms of energy efficiency, namely the Moto Power Pack with a capacity of 2220 mAh, and therefore an additional source of energy. All you need to do is connect the dedicated accessory (available with your smartphone) to extend the working time on one charge cycle.


The camera is not bad

Motorola in Moto Z3 Play has put on a set of two lenses – one traditional and the other for blurring the background. The main camera is equipped with a sensor with a resolution of 12MP and light F / 1.7. The additional lens is based on a 5 MP matrix and its task is to blur the background. It is a great shame that Moto did not go with the solution known from the Moto X4, and therefore that the additional lens is wide angle. The camera does quite well , although now I see one drawback in it – the lack of optical image stabilization (OIS), which is rather the case with a smartphone for about PLN 200 should be a standard. Below are some examples of photos.


You have to wait for more to review

And that would be enough for the first few days spent with the Moto Z3 Play smartphone. I continue to use myself intensively, and I encourage you to ask questions in the comments. Review soon, but before it appears, you will still have to test and compare Samsung Galaxy A6 and Galaxy A6 +.