LG G7 ThinQ is the flagship of this manufacturer for 2018. Efficient components, wide-angle camera lens and a screen with notes are its hallmarks. Is it worth buying it?

LG G7 ThinQ is currently one of the most-anticipated smartphones that will hit the market in the first half of 2018. It's time for a pre-release summary of all existing information. Will LG G7 ThinQ be the flagship that is worth buying?


When did the LG G7 ThinQ premiere?

LG G7 will hit the market as LG G7 ThinQ . The addition to the name obviously refers to the LG V30 ThinQ and is intended to emphasize the presence of a number of functions related to artificial intelligence. The LG G7 ThinQ premieres are expected at the end of this month, and the flagship LG is expected to sell in May – certainly in South Korea, but it is not known yet, or in Poland (I say not). We know quite a lot about this smartphone, and let's start with the look of the LG G7 ThinQ.

A photo of a live copy of a new flagship from LG (made by Nokia 3100) has already hit the network some time ago. Everyone who counted on the absence of a cut in the screen, unfortunately, will feel disappointed. G7 ThinQ will be equipped with it . Although I approach this trend rather positively, the one in LG seems to me a bit too big. I think that the Huawei P20 has a much smaller notch, although it can only be the first impression. 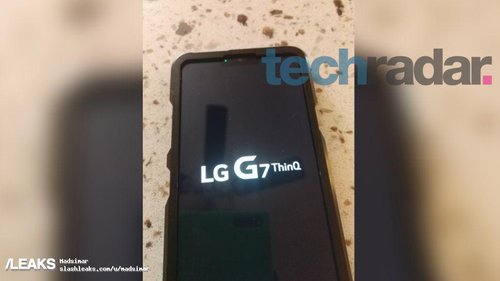 This is obviously not the only data we have. In the network you can find a whole bunch of renderings showing the LG G7 ThinQ from every possible side. This is a very nice smartphone, but in my opinion deprived of a design approach characteristic of this manufacturer – just another frameless. In addition, something went wrong with the bottom part – if it is notch, it has not to be a beard. Here it is, and completely undeveloped. Since some of you have already been discouraged by the presence of LG G7 by the presence of notches in the screen, it can, however, positively the presence of a jack connector . LG is in defiance of the competition and despite the watertight performance of the housing does not intend to give up this method of connecting headphones. LG G7 ThinQ is to be available in Platinum Gray, Aurora Black, Moroccan Blue, Moroccan Blue Matte and Raspberry Rose colors. They will all be just as beautifully fingered – but this is the charm of every glass smartphone.


The camera in the LG G7 ThinQ

What else will we find on the housing? In the back there is space for a double camera (an additional lens will certainly be responsible for taking wide-angle pictures), which looks strange … poor. Of course, it's just a matter of design, but in its predecessors, its size and shape gave it a more impressive look. The manufacturer has placed a fingerprint reader under it. 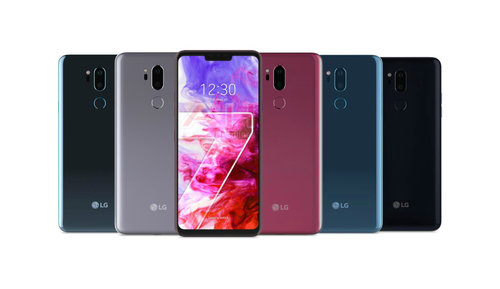 A modern smartphone from the top shelf is currently not only looks and components, but also a camera. Here the LG G7 has a tough nut to crack, because it has to compete not only with the great Samsung Galaxy S9, but also with the better class Huawei P20 Pro. In my opinion, LG has only one advantage – a wide-angle lens, which in my opinion is the best application of the second camera that can currently be found in smartphones. The cameras are to have a resolution of 16 megapixels (in both cases). LG is known for the excellent optimization of the camera's software and can squeeze out above-average results even from the average matrix. I hope it will not be any different in this case, although I quietly hope that this time they will also try to get above-average results – but with a good matrix . Then we will have to deal with one of the best cameras on the market .

Let's start with the display. It will be a 6-inch unit, on which the image will be presented in QHD + resolution . We have no definitive proof that it will be OLED, but it seems natural in this case. Any other scenario will be quite a disappointment. 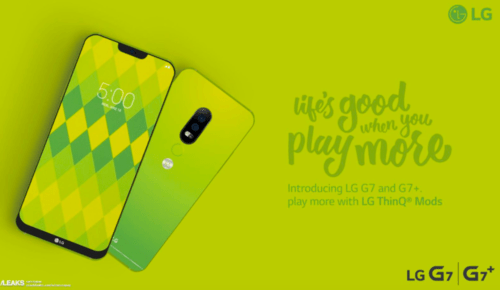 Components are very easy to predict – no manufacturer designing a flagship has a special choice. The heart of the smartphone will be Snapdragon 845, which support multitasking and not only provide 4 or 6 GB of RAM. 128 GB will be reserved for the user's files. This set offers more than enough performance, but you can not fail to notice that at the time of the debut LG G7 ThinQ certainly will not offer the best price-performance ratio. What do you think about LG G7 ThinQ? Will LG be able to compete with the biggest competitors with this LG model?